The core symptoms of Autism Spectrum Disorder may be partially reduced by Transcranial Magnetic Stimulation
ASD is a neurological developmental and learning disorder that occurs in early childhood and affects behavior, learning, communication and interaction with others. Autism is formally referred as Autism Spectrum Syndrome, due to the complex variety of characteristics and symptoms that it presents, which are, in turn, caused by alteration of the nervous system functioning and structure.
The causes of the disorder are unknown, but it is believed that genetic mutation can lead to it. Infections and contact with certain chemicals are also considered environment triggers. Among the biological causes are: defective neuronal connections and abnormal growth of some areas of the brain, as well as deficiencies in the immune system and metabolism. Despite the wide spectrum of symptoms presented by the autistic disorder and the fact that between one affected individual and another one may be noticeable differences (depending on the level of impairment) there are certain behavior patterns that allow identifying it, among these are:

Autism Spectrum Disorder can occur in any race, culture and socioeconomic status. Nevertheless, boys have a higher risk of having it in a ratio of four to one over girls. Although this condition is permanent and has no cure, early diagnosis by a specialist is essential for the proper care of the child. Educational and therapeutic programs to stimulate the development of the autistic child include:

Transcranial Magnetic Stimulation therapy has demonstrated significant benefits as an alternative treatment for the core manifestations of Autism Spectrum Disorder without side effects or those being minimal. Therefore, it has the potential to become an important therapeutic tool for this purpose.

In recent years, the availability of non-invasive neuro modulation techniques has raised expectations and hope. Patients affected by ASD who have been treated with Transcranial Magnetic Stimulation have shown progress in reducing irritability and repetitive behaviors, as well as improving coordination and social skills. (Oberman and Enticott, 2015).  It should be noted, though, that these successful results have occurred only in high functioning individuals. The evident improvements are validated and appreciated by the parents, teachers and caregivers of the patients.
Transcranial Magnetic Stimulation works through electromagnetic induction. It generates transient electrical fields in the cerebral cortex, causing depolarization and activation of localized neurons responsible for certain physical and mood functions. 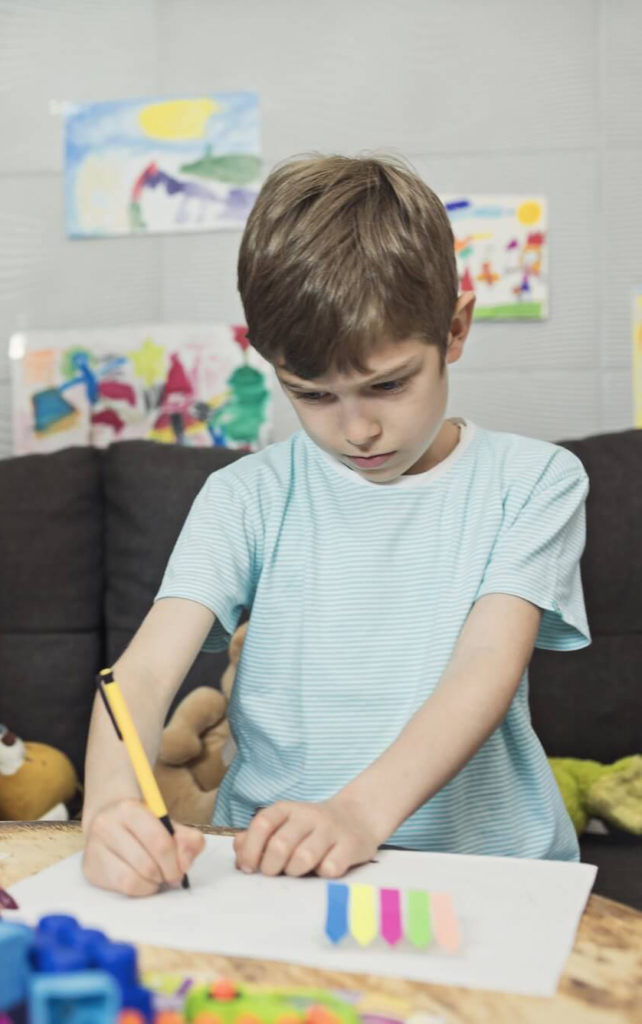